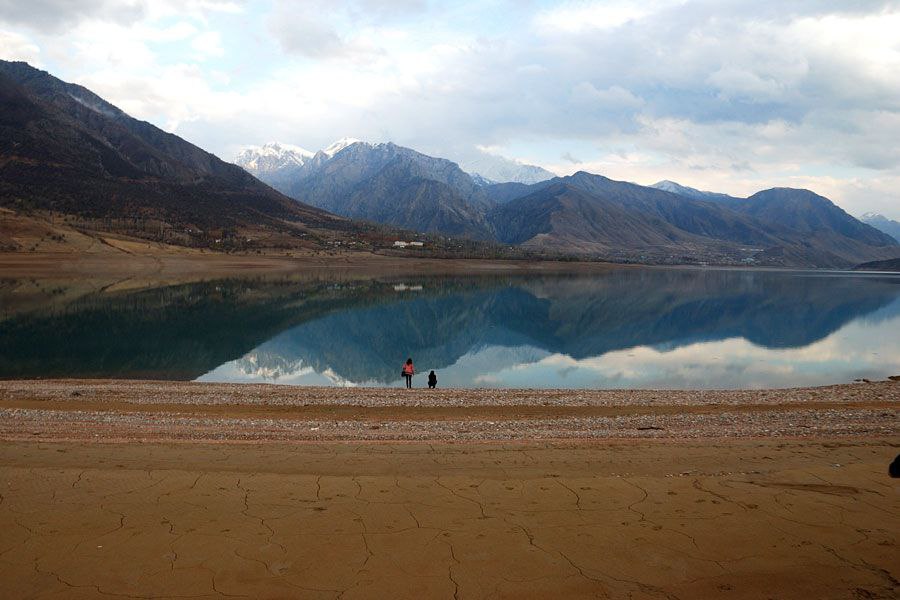 Our modern life is very diverse. There are many theories, teachings, doctrines, religious organizations with distinct worldviews. Each one of us at a certain age faces a choice: to believe in a Creator of the Universe and predefined processes or to succumb to randomness and Fortune.

People are eager to know their origin!

This is our nature! When we are born, we accept the world as is, without asking ourselves why things are the way they are and without having expectations from the others. We take everything as given. Our moms and dads represent the Universe in miniature. In this sense, children resemble a bhakti yogi because they perceive the Universe through their parents and totally trust them.

Childhood is a very important period, because children can absorb and believe any information they are given without any discernment, and this information will influence their worldview for the rest of their lives. After all, as adults, we must be able to independently decide whether to trust the outside world or not. And if we decide to trust it, how do we do that?

There are transcendent cultural heritage manuscripts, which are many years old and which summarise ​​a controversial idea of the personal interaction with the Universe. The Eastern Heritage texts describe a type of yoga known as Bhakti, or yoga of sensual perception of the world.

Bhakti yoga is a very “subtle” yoga. It tells us that behind all true beauty there is the manifestation of some higher principle of the Universe, which is called the Absolute, God, The Supreme, etc. We strive to grasp at the idea of this Sublime, and we feel indifferent in the absence of It. We can see examples of veneration of beauty in works of art, literature, music, dance, sculpture, architecture and many other domains of creativity. Mankind devoted entire epochs to immortalize various manifestations of beauty. This was done to convey the idea that the Absolute reveals itself to everyone in the form that is most common to the individual.

We can see the Beauty in a picture that looks disgusting to the eyes of another person and vice versa. Therefore, to impose our opinion on the perception of the Beauty does not make any sense. The Absolute can communicate with everyone in their own language. Our task is to establish a relationship with It. Bhakti yoga states that we can communicate directly with the Absolute without intermediaries. By tuning our consciousness to the Sublime, we learn to perceive and recognize it.

Fanaticism — a pitfall in Bhakti Yoga

In our lifetime, we meet charismatic people who are connected with the Supreme in a certain way. They start believing that this is the only way that the Absolute can reveal Itself. Due to misunderstanding, these people disseminate the idea that all other forms cannot be “containers of the Supreme” for the others. But this is not true.

Bhakti is a very powerful method, because through the contemplation of beauty we forget about everything except the object of contemplation — through this we naturally reach an extreme degree of concentration and higher states in yoga. The pitfall is that, having gone through such an exciting personal experience, one begins to impose it on others. In most cases, this approach is confusing, since other people cannot grasp the essence behind the form which is imposed on them, because they can’t relate it to any similar experience in their own life.

Yoga perfectly complements any idea one might have about the Absolute and does not interfere in the freedom one has to experience the Sublime through different objects. The only determinative criterion is not to harm other living beings during the realization of this part of our freedom.

Bhakti yoga is a universal method

Whatever we do: cooking, cleaning, driving, swimming, walking, etc. — any activity generates some sensations and emotions in us. Through Bhakti yoga we perceive and explore the world and ourselves through feelings, sensations and emotions. Unlike other types of yoga, such as Raja yoga and Jnana yoga, where we rely on our intellectual abilities and our mind to know the world, in Bhakti yoga we immerse into feelings.

Is it dangerous to give in to feelings?

Bhakti yoga gives the following answer: supreme logic never contradicts logic. To learn to trust the Universe, we need to constantly sharpen our minds. Otherwise, uncritical perception can be tricky.

An untrained mind can easily fall for the substitution of concepts and mislead the yogi by causing impediments and disturbing the others.

What are the feelings and emotions to fully immerse into?

It should be clear that most of our emotions are born from acquired experience. When we had a negative or positive experience, we established an associative link that pushed us to react in a specific way, without considering that such a reaction may be inappropriate under new circumstances. Our sensations and refined mind (which in yoga is considered as one of the sensory organs) will help us understand what kind of reaction is appropriate here and now. Yoga tells us that, within our own Universe, we can interact with the Absolute in any way: to love or hate, to praise or be angry, to be afraid or respect.

Any feeling or emotion directed towards the Absolute is an indicator that confirms the fact that this Sublime exists in our life.

Our intellect will indeed help us not to fall into paranoia about our emotions and avoid perception of every emotion as a sign from above. Bhakti and Jnana, as two legs of a body, allow us to confidently walk along the road to Enlightenment. The analysis of feelings and immersion into feelings are two processes that change each other in the endless cycle of life.

No one can give us the answer: to believe or not to believe. Everyone determines for themselves which sources to trust. And trust comes only with experience. Bhakti yoga gives recommendations and the much-needed explanations to take the first steps on the path to the Absolute. It is up to us to make a choice and immerse into Beauty!